Summary
Last September (2020), when Pinterest launched Story Pins, this is what they said with the announcement –

Today we’re introducing the biggest updates for creators yet, to connect them to our growing audience looking for positivity. We’re launching a suite of creator-first features including Story Pins in beta, a new creator profile and analytics tools to track performance.

7 months after early success achieved by the Story Pins creators during beta, it has now apparently come out of beta. And renamed as Idea Pins as of May 18, 2021, which is the day for its global launch. While it was a ‘work in progress’, users from some countries, namely, US, UK, Canada, Austria, Germany, Switzerland, Australia, France, India, Indonesia, Japan, Italy, Spain, etc. were lucky to be able to use Idea Pins.

As an early user, we at VidBazaar have been producing Pinterest Idea Pins for some time, and in this brief guide we will share how we are doing this using PowerPoint.

And yet, Pinterest is fast emerging as a premier destination for showcasing visual works by professionals. The Pinterest Idea Pin below gives you an idea of its popularity and how people are using it. The Idea Pin is made with PowerPoint with information collected from a live talk show held on Facebook in April ’21.

Okay, let’s look at some intriguing facts about Pinterest. They will surely arouse your interest for trying it out if not already started.

Here have a look at these stats (source).

Mid last year, when the pandemic was in full blow, the number of users under 25 grew twice as fast as users 25+ age group.

Finally, bear in mind that Pinterest’s core userbase remains committed to it and the platform is often hailed as the most product-centric in the entire social network. That means there are great ad opportunities given the platform’s high-earning base.

If you are accustomed to Facebook carousels, or for that matter, multiple slides set to autoplay on a website, you will find Pinterest Idea Pins similar to them.

But there are differences.

Idea Pins are superior in the sense that you can include videos and even background audios in the slides that constitute a pin.

So, essentially, a Pinterest Idea Pin is a collection of up to 20 ‘slides’ that appear one after another when displayed.

A slide in a Idea Pin can be a short video, or an image. The video can have a background score or even your CTA audio clip for the viewers. Remember though that most people do not have the audio turned on when they scroll through the Pinterest feed.

To put in perspective, this is what Pinterest says about Idea Pins:

Main features of a Story Pin

We have already mentioned that you can use videos in the idea pin slides. In fact, you can use only videos or only images in the slides. One of the first Idea Pins we created was a collection of 7 images and a short video clip about adding music to Instagram story video.

When you start making Idea Pins, they come under a separate heading called ‘Your Idea Pins’ under Created tab at the top of your home feed.

As the image below illustrates, on each Idea Pin you create you will see a bubble in the top left corner with a number in it which can be anything up to 20. That number tells you the number of slides that are in that pin.

There are three sets of figures at the bottom of each Idea Pin. The one on the left gives you the number of views. The middle one is the indicator of number of clicks a Story Pin has earned, and that at bottom right indicates how many times it has been saved by others. 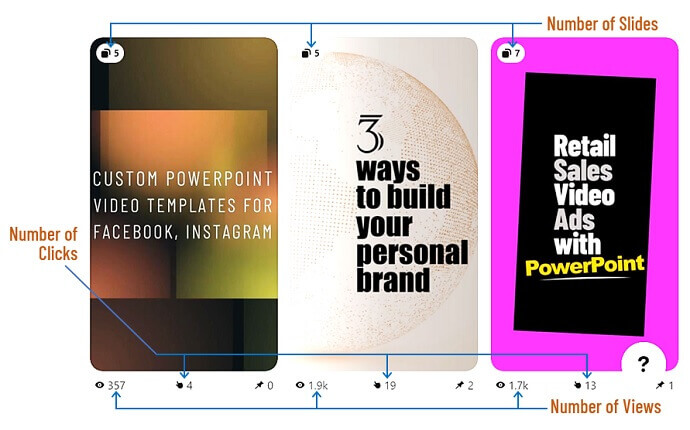 There are many fascinating accounts shared by those who have used Idea Pins for a while.

What can be said with some amount of certainty is that even before the advent of Idea Pins, Pinterest was already a popular platform for brands that used highly enticing visuals for selling products.

Now, for most marketers, Idea Pins are like a shot in the arm. They make their job easier because of boost in engagement with potential customers.

Here are some points that merit a closer look:

What to consider for making Idea Pins?

Idea Pins are still a new game, many countries do not have them yet.

But as time passes, and more and more creative minds work for it, we will get to see designers creating new genres of Idea Pins that are just top of the class.

At the present, let us go by what Pinterest suggests for making good Story Pins.

If you are a beginner, the rule of thumb is always to start with something and keep learning the ropes as you go forward.

Remember, after an idea pin is published, you can make changes to the board selection and engagement settings. Or, if you so wish, you can delete it altogether.

Before you dip your toes in the water, go ahead, refer to Pinterest’s guides to chalk out the right path for your marketing plans.

How to create Idea Pins with PowerPoint?

PowerPoint is a great tool to create awesome videos of any size. The good thing is PowerPoint is already available with most companies and professionals, mainly for making presentations.

What’s known less is that PowerPoint is a great help for making video ads too.

As a long-time PowerPoint user, we make a wide range of visuals including videos, and in this website you will find customizable video ads templates that are 1:1 Squares, 9:16 Verticals, 4:5 Verticals, and 16:9 Rectangles.

An Idea Pin should be 9:16 vertical, and once you resize a PowerPoint template from the default 16:9 orientation, your stage is set for the next steps.

Let’s say you want to create a video for the first slide of your Idea Pin. So, for this, like any creative works, you should have 2 things ready to start your work:

Luckily, it is not difficult to get going.

Refer to any list articles or how-to blog posts, which can be either yours or others, and you have both the plan and the contents to make the first video.

To give an example, we created an Idea Pin titled, Meet the 2021 Pinners – Story of 20MM Pins, based on an article by Tijana Ostojic that came out here.

Although the topic is not related to this website, yet, as of this writing, the idea pin has been able to garner a little over 3.61k views, and also received 58 clicks so far.

If you want to publish an idea pin and you are not sure how to make it happen, get this customizable PowerPoint video template on personal branding.

You will find the video template having just 6 slides, as can be seen in the screenshot below. Once you have the template, just change the texts, pictures, and – if you wish – the font colors in the PowerPoint slides.

And you will be ready to publish your first Idea Pin in less than an hour. 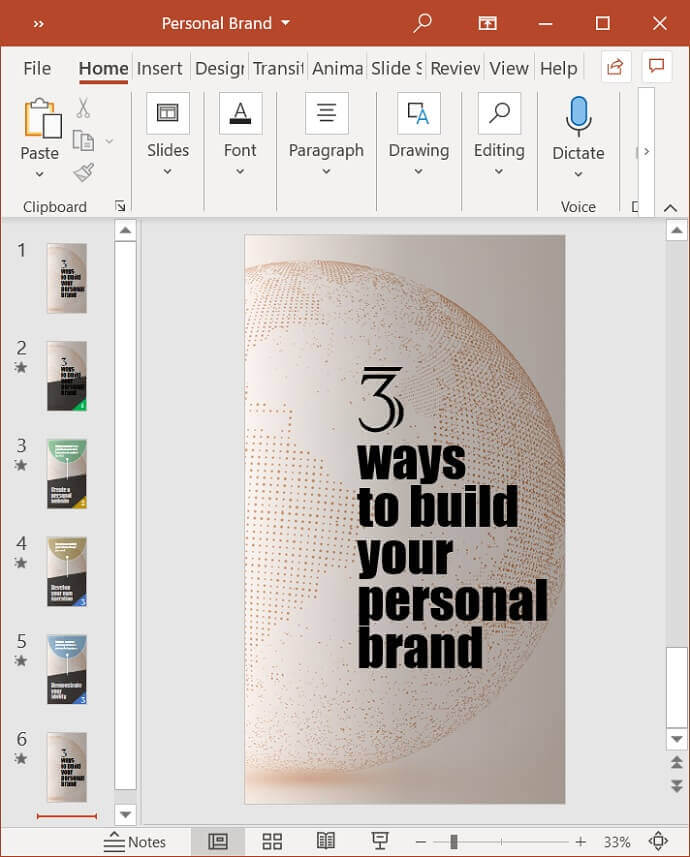 If you are using regular Pinterest pins you already know that they are ideal for the usual Pinterest contents, like DIY tips, food recipes and so on.

If, however, you want to bring some change in your marketing approach, Idea Pins can be an excellent place for that. Try those how-to guides from other niches, which you have been longing to do for some time.

Take our idea pin above as an example. You may want to do a similar story on say “What Makes Pinterest Click for Your Business”, using videos and texts to go along with it to make your pin more engaging.

Consider this as a great opportunity to redo some of your blog posts and turn them into easy-to-understand social posts.

Suppose you have some list posts, how-to guides, travel tips, DIY guides, culinary recipes, maybe even detailed reviews. You have all the trappings of making some great Pinterest Idea Pins – trust me!

You will still publish the regular pins, the short, snappy, actionable messages. They are the backbone of your Pinterest fame.

But use Idea Pins to kind of reveal more of what you have been pinning so far, what you can do…!

Remember, Idea Pins are like a bridge between your regular pins and your full-blown content. And, not to forget, you have PowerPoint on your side for making impressive videos like the ones above.

So, go ahead, make a splash, create a powerful leverage to push your audience over to your website to consume more content.

—
Note: This post is modified on July 2, 2021 to reflect the changes made by Pinterest with respect to Idea Pins. 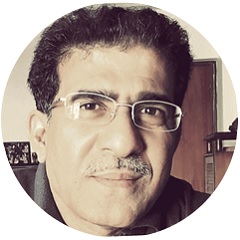 This article is authored by Partha Bhattacharya, founder of VidBazaar.com. With 12+ years' of experience, Partha is the author of books & online courses on PowerPoint's versatility for making social media and e-learning videos.