To understand why PowerPoint could be your preferred choice for making social media video, let’s begin by looking at the video chart below taken from this article.

Let me paraphrase a couple of crucial points emerging from the stats in the chart:

If you’re a frequent video maker, you’ll know that for short videos you’ll be needing lots of skills to make a mark on viewer’s mind.

Which means that while longer videos are easier to make, short videos are not.

One may argue that the most likely reason why video ads and sales videos have less share in the marketing video pie is that they are difficult to make.

Remember, both video ad and sales video will primarily appear as social media videos, while the other three may or may not be for social media.

With that in mind, the question to consider is, what are the factors that contribute to making a highly effective sales video or video ad.

Needless to say, if the video doesn’t have an instant appeal, it will fail to achieve the desired purpose.

Here is an example of how an appealing sales message can look like (taken from here). 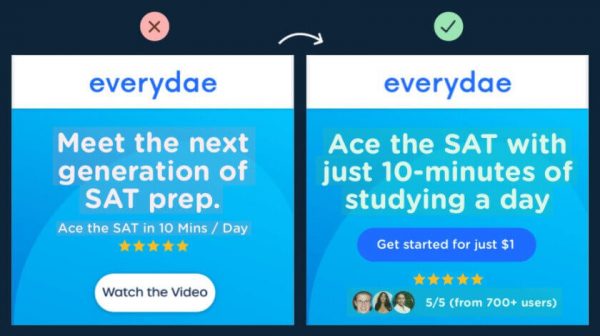 The logic behind this change is that the new version (on the right) exclusively appeals to the students by stating the clear benefits to be had.

There’s also a no-risk lure of spending just a dollar for the chance to get started. After all, having students signing up is a good enough bottom-most funnel to start with. 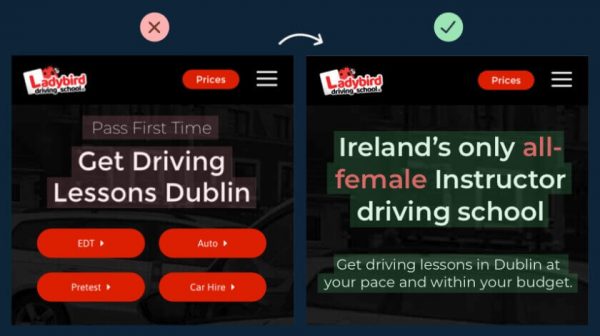 In this case, the main consideration for the copywriter to change the sales message is rather unique.

Ladybird’s uniqueness is that all their instructors are female. So, don’t bury it half-way down the page. Lead with it. Write the title only you can.

Okay, so much for the copy. What about design?

Admittedly, designing a sales video is a different ballgame compared to static images as the ones above.

This is where PowerPoint’s utility comes to the fore.

Have a look at a square PowerPoint social media sales video below from our store:

Both the videos above including the video chart are primarily sales videos aimed at hooking the viewers to have them wanting to know more.

Both are made fully with PowerPoint including the sequence of mouse clicks in the video chart that revealed the shares of each type of marketing video.

Let’s now examine some of the principal advantages for using PowerPoint as the main go-to tool for making social media video.

So, what are you waiting for?

Go ahead, explore our PowerPoint video templates for your social media sales videos and video ads. 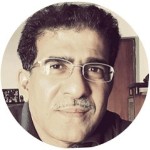